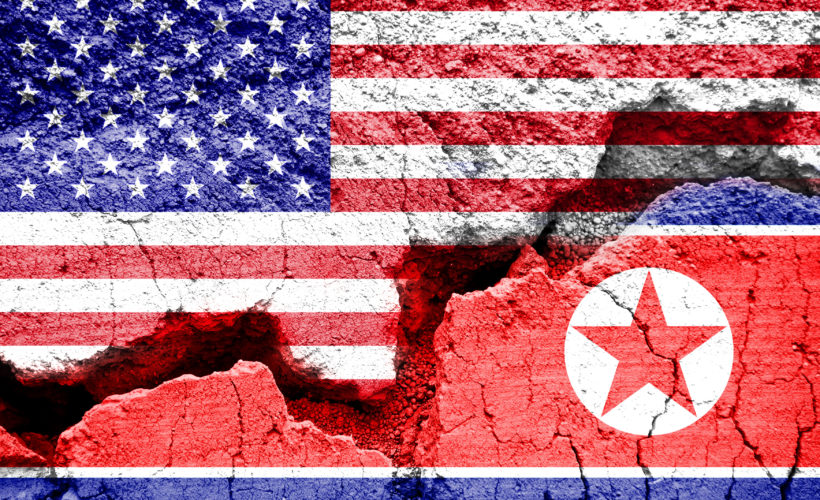 One of the arguments made by those backing Donald Trump over one of the 16 other Republican hopefuls was that his background in business would be a big asset in office. Other Presidents have had some experience in business, some even in owning and running businesses, but we have never had a President whose background was exclusively in business, just as the only ones before Trump who had never held any political office were all successful generals (Zachary Taylor, Ulysses S. Grant, Dwight D. Eisenhower).

One hope was that Trump as President would help create a better tax and regulatory environment for business. His success on those fronts is well known, however hard the Democrats and their allies in the mainstream media work to obscure it. The Tax Cuts and Jobs Act of 2017 finally passed last December, and it has succeeded even beyond the expectations of all who supported it: not only have all workers whose wages and salaries are subject to withholding seen a real increase in their take-home pay, but many of those same workers have profited in other ways, such as by one-time bonuses, some quite large, or by permanent wage increases; in addition, many people have seen their utility bills go down, since regulated public utilities have passed on the savings they are making under the new tax law. Not a single Democrat in the House or Senate voted for the bill, and now they are stuck arguing in this current campaign that the tax cut and all the benefits deriving from it, including the new employment it spurred, are somehow bad for individuals and the country; the main thing the House Republicans have going for themselves is that all but 12 of them supported the bill; most of those 12, presumably, would change their vote now if they could.

As far as deregulation is concerned, some of the credit in that area is shared by the Congress, which made use of the Congressional Review Act to repeal several regulations, but the lion’s share goes to President Trump as head of the Executive Branch, which has been issuing fewer and less burdensome new regulations, as well as delaying or canceling planned ones; since it took the Congress so long to pass the tax cut, the improved business climate throughout 2017 was largely the result of the friendlier regulatory climate of the Administration.

Besides lightening the tax and regulatory burdens, moves which directly impact job creation, the other hope held by those stressing the advantage of a background in business was that Trump as President would run the government itself more like a business. Skeptics countered that a President really couldn’t run the government like a business, since civil servants are nearly impossible to fire, and because any large-scale restructuring would require legislation. Nevertheless, despite the limits on his ability to control or direct spending, the President from time to time gives an undeniable indication that he is a very careful steward of taxpayer dollars. One such instance came right after his summit meeting with Kim Jong Un (12 June), when he revealed at a press conference in Singapore that he was canceling the military drills with South Korea scheduled for August; it was news both to the South Korean Ministry of Defense, and to a spokesman for U.S. Forces Korea.

When explaining why he was canceling the August drills, the President said that he considered them “very provocative.” That remark will probably upset militaristic elements of the Uniparty in Washington, especially since North Korea had always insisted that such drills were provocations, whereas South Korea and the U.S. had maintained that they were defensive in nature. But the statement has to be seen in context, and the context is that President Trump and Chairman Kim had just signed an agreement in which Kim committed himself to denuclearizing; the President also stated that the games might be reinstituted if the future negotiations do not develop as expected.

Before describing the drills as “provocative,” however, the President twice observed that stopping the war games would save “a tremendous amount of money.” The repetition shows that the cost-savings was a major factor in his decision. The U.S. participates in other drills in the region; thus in Japan, where twice as many of our troops are stationed, and in Thailand, where annual training exercises are joined by both South Korea and the U.S. President Trump probably looked at all these drills and decided that separate drills with South Korea alone were not necessary every summer, and unnecessarily expensive. Unless I miss my guess, the President was asking himself how much ordnance he could get for the same money.

After the President finished his opening statement and began to take questions at his press conference, he was asked about the cancellation of the games, and gave a fascinating response. After stating again that “they’re tremendously expensive,” the President continued: “The amount of money that we spend on that is incredible, and South Korea contributes, but not 100%, which is certainly a subject that we have to talk to them about also, and that has to do with the military expense and also the trade. So, we’re doing that. We actually have a new deal with South Korea in terms of the trade deal, but we have to talk to them; we have to talk to many countries about treating us fairly. But the war games are very expensive; we pay for a big majority of them. We fly in bombers from Guam. I said, when I first started, I said ‘Where do the bombers come from?’ ‘Guam. Nearby.’ I said, ‘Oh, great. Nearby. Where’s nearby?’ ‘Six and a half hours.’ Six and a half hours? That’s a long time for these big, massive planes to be flying to South Korea to practice, and then drop bombs all over the place, and then go back to Guam. I know a lot about airplanes; it’s very expensive. And I didn’t like it.” He concluded: “So, number one, we save money—a lot. And number two, it really is something that, I think, they very much appreciated.”

Here we learn a lot about how Donald Trump thinks. Thus his assumption that South Korea should be paying 100% of the cost of the games, apparently in the belief that they are held for its exclusive benefit. It seems a fair inference that the President would have canceled the games at this time, so soon after the signing of the denuclearization agreement, in any case, even if the South Koreans were footing the entire bill, and that the fact that they are not footing the entire bill made it an easy decision to cancel the games; it also seems likely that there will not be such war games in the future, as long as Trump is President, unless South Korea agrees to pick up the entire bill. Another thing we learn—and he is one of very few Republicans in Washington of whom this can truthfully be said—is that he has the instincts of a fiscal conservative. Many of the NeverTrumps, and before them Lyin’ Ted, assured us that Trump was really a Democrat masquerading as a Republican; they have been proved wrong once again.

1) No other President of the postwar period in making his decision would have taken into account the cost-savings which could be achieved by canceling the exercises—not even Reagan, who, after all, had never signed the front of a check; Trump in fact is more fiscally conservative than Reagan, not because he has read a lot of books explaining why conservatism is superior to liberalism, but because in his life-long experience as a business owner he acquired the habit of asking himself, before approving anything, “What is this going to cost me?” Good habits are hard to break, and now, as President, he frequently asks “What is this going to cost us?” Just think how much progress might be made in reducing the deficit if we had a Republican Congress! (That is, if we had one in more than name.)

2) Even had it occurred to another President to cancel the war games due to the cost, they probably would have been talked out of it by the very “experts” whose serial bad decisions allowed North Korea to become a nuclear power in the first place. At most, Trump discussed the matter with Secretary of State Mike Pompeo, National Security Adviser John Bolton, and Chief of Staff John Kelly, all of whom were present in Singapore, unless Secretary of Defense James Mattis was consulted by phone or electronically. It is not known that the decision to cancel the games originates with the President, and if so, whether any of his advisors pushed back against it, or whether the President even put the issue of canceling the games up for discussion among them; it seems very unlikely that either Pompeo or Bolton would have adduced the cost savings as a reason for canceling the games, although either might have advocated their cancellation on the ground that they contravened the spirit of cooperation enshrined in the agreement. The decision to cancel the games might have been a quid pro quo, since Trump asked Kim, after the agreement was signed, to close a missile-engine testing site as a “favor,” and Kim agreed; the President at the Singapore news conference referred to the fact that he had made arrangements after a deal was signed previously, i.e., in his business life, so it appears that the whole idea to do so in this instance came from him; the idea to cancel the games might have been dependent on Kim agreeing to do that favor.

There is one last thing to be said about the President’s decision, seemingly out of the blue, to cancel the games, which does not quite prove that the idea originated with him, but explains why he would favor it. It seems probable that President Trump was convinced of the sincerity of Chairman Kim, and he might have thought that Kim should have some palpable gain from the summit, other than getting to meet the President of the United States, in return for publicly signing his name to a document pledging denuclearization. On more than one occasion, when speaking of dealmaking, the President has recalled that his father always told him that “you’ve got to take out the lumps”; the cancellation of the war games, which Kim did not request, but which clearly gratified his side, according to the President himself, was probably a case of Trump doing what his father had taught him: taking out the lumps. And by doing so he banked some goodwill with the NoKo side, which bodes well for the future.